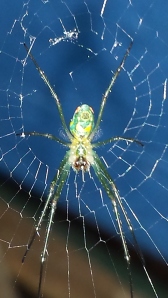 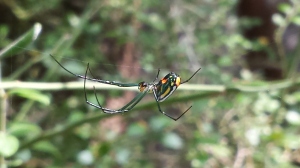 What’s in a species?

Take two biologists, sit them down, give them a few beers each, and then ask them to define the word “species”. Chances are you’re in for a colorful discussion. “Species” is one of those concepts that made perfect sense in high school, got fuzzy in college, and is something biology graduate students like to debate on the weekends.

Person A: It’s easy, right? If two organisms can create viable offspring, they are part of the same species.

Person B: Well, what about hybrids? You know, like when a horse and a donkey (clearly different species) mate and produce viable mules.

Person A: Well, mules are (usually) sterile, so that doesn’t count.

Person B: Ok, how about the viable and fertile offspring produced when Canids mate, like dogs and wolves or coyotes and wolves?

Person A: But those are recently diverged groups, I’d argue that they were actually subspecies of the same species (since they can produce viable fertile offspring, they’d be a subspecies by definition).

Person A: Right, but we can still define them into separate sub-species.

Person B: What about when organisms from two different genera produce viable offspring, like Fatshedera lizei ?

Person A: Are the offspring fertile?

Person B: Well their are some reports that…

Person A: That’s a plant anyway, the rules are different for plants.

Person B: Wait, what are the rules for “species” in asexual organisms, especially when genetic code can be passed on by horizontal gene transfer? And what about cancer as a speciation event? You know, the idea that a tumor has a separate genome from its host so it should be thought of as a different species.

Person A: No way, man. Cancers are formed from and completely dependent on their host. It’s just an extension of a single organism.

Person A: Are viruses even considered alive?

Person A+B: …I think I need another drink.

Yes, I’ve had similar conversations over the years as a biology graduate student. I was reminded of the species debate after reading about the “out of Africa” concept and human speciation, and whether or not we interbred with members of other hominid groups (and, what that means for the definition of our species).